Home Here’s what you missed about…

Here’s what you missed about the coronavirus travel ban 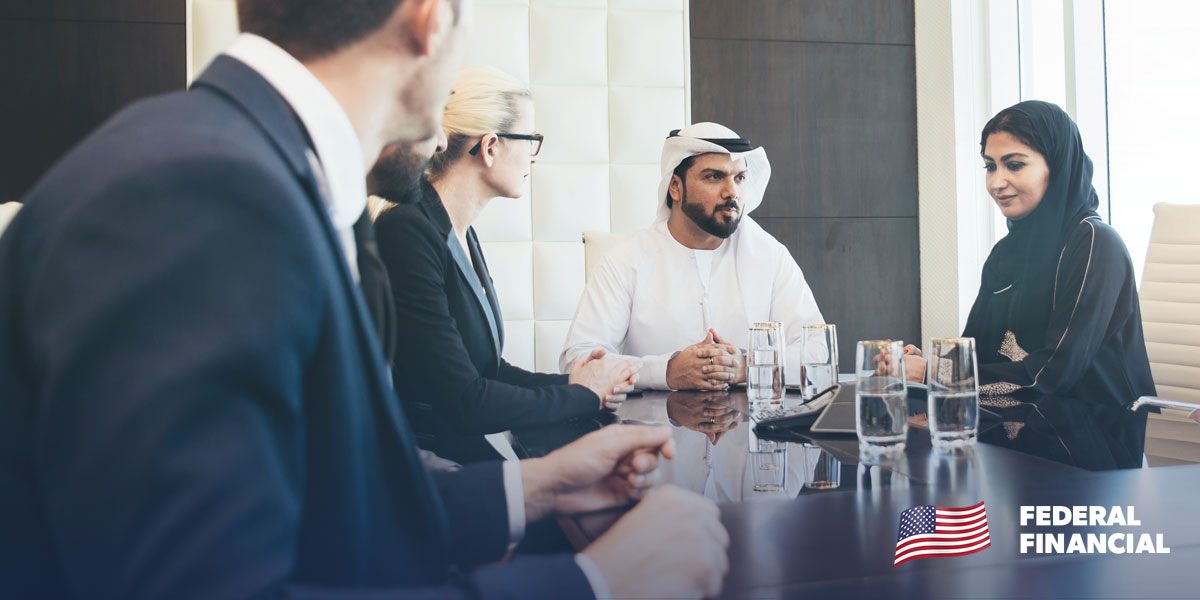 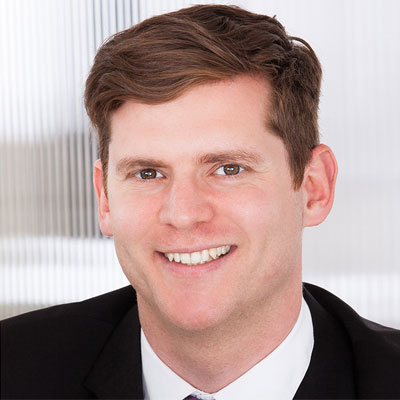 President Donald Trump recently imposed travel restrictions to prevent people from travelling from European countries to the United States to control the alarming spread of the coronavirus.

Donald Trump made this dramatic decision in his Oval office as he addressed the economic and health concerns the virus poses and assured American Citizens that he takes this threat with the seriousness it deserves.

The travel ban doesn’t apply to Ireland and the United Kingdom, and American citizens are still allowed to travel from Europe to the United States. Trumps announced several economic plans aimed at minimizing the impact the epidemic has on American businesses that are now struggling to make profits due to diminished consumer demand.

He further said that the travel ban is one of the most comprehensive and aggressive efforts to reduce the spread of the virus. And by continuing to implement these tough measures, the government can significantly prevent the virus from spreading and keep the citizens safe, and ultimately contain the virus once and for all.

There was confusion suggesting that ‘’cargo and trade’’ from Europe would not be allowed into the United States but this was only a misconception. Trump later clarified this confusion by saying that the travel ban will not interfere with trade in any way, shape or form. He said that the travel restriction prevents people from travelling, not goods.

U.S. stock futures slid down further after the president made this announcement, signaling more days of stock losses on Wall Street. As the president seeks to contest his re-election bid, American citizens are keen to see how well he tackles this epidemic that has enveloped his short term in office, and is one step close to being declared a national emergency.

The president made the speech inside the Oval Office, a place he often avoids by rather choosing to make unscripted remarks not at the confines of a formal setting, and he appeared quite uncomfortable in this setting. He read through the speech quickly and was heard making an expletive comment off-mic.

His objective was to demonstrate that he was well informed of the serious epidemic at hand after unparalleled criticism from American citizens who believed that he was not responding quickly to provide testing facilities to curb the spread of the virus.

However, during his speech, he didn’t mention other important issues like the mass production of face masks and testing kits.

The president categorically said the way Europe dealt with the outbreak is the reason why the virus has spread into the United States, and led to 37 deaths and 1,281 infections. His travel bans on Europe are somewhat similar to the restrictions he had imposed earlier on China when the virus was spreading at an alarming rate there.

He said that the European Union didn’t implement the same holistic precautions to curb travel ban from China as well as other hot zones. And as a result, most of the new infections seen in the United States were transmitted by travelers coming in from Europe.

However, the order doesn’t prevent American citizens from travelling to the U.S. from these European countries. Trump further said that the travel restrictions are subject to change depending on the conditions observed on the ground.

The State Department later issued a travel advisory advising American citizens to avoid non-essential travel abroad to reduce the spread of the coronavirus. When the stock market made a nosedive due to the virus, Trump assured American citizens that he would implement emergency steps to offer financial relief to help workers who have been quarantined, ill or providing care to others who have been affected by the virus.

He instructed the department of Treasury to provide tax relief to certain individuals and businesses by allowing them to make their tax payments void of penalties or interest. Trump also instructed Small Business to offer liquidity and capital to all firms that have been affected by this epidemic.

Global reaction to the ban

The travel ban instantly had an impact on the financial markets, with oil slumping and stocks diving, and investors are disappointed by the unpreparedness of the government to offset the resulting reduction in consumption.

British finance minister, however didn’t see the importance of the UK making such travel restrictions but did acknowledge that the decision made by the U.S government could ultimately have a negative toll on the British economy.

Speaking on BBC Radio, he said that in respect to flight restriction, they always make decisions based on science and based on the facts here, there is no evidence that drastic interventions like travel bans or closing borders will have any effect to curb the spread of this virus. Many observers believe that the travel ban lacked conviction and could easily be interpreted as political mileage.

UK and Non-Schengen expected: Travel bans don’t have anything to do with containment but only have political undertones. At a time when the European Union is facing challenges to the core, the United States is believed to be shunning its allies by closing its borders.

According to Al Jazeera, the EU is absolutely bewildered about this, furious, and working tirelessly to identify the ramifications of this drastic decision. The EU wasn’t consulted before Trump made this decision.

The EU is trying to process what the travel ban means. More importantly, there are concerns that the decision would affect trade between the US and EU. The EU believes that Trump is making a political and cynical point, when he blames Europe but exempts the UK. This problem also affects UK citizens as well because travelers from European countries will start to contemplate whether they should first make a stop in

London and then travel to the United States.

If this were to happen, Britain Health Services would struggle to the core. Trump clearly stated that he could either shorten or extend the travel ban in the future based on changes on the ground.

The travel ban was also met with equal frustration and bewilderment in Washington. Trump said that he didn’t consult with his EU counterparts as it apparently ‘’takes time.’’ He insisted that he was forced to act quickly. He further added that the EU never consulted the US government when they increased taxes on American products.

Inside sources in Washington show that many people found the president’s assertions disappointing. EU ambassadors believe that Anti-EU rhetoric is unnecessary indulgence and many are waiting to see Trump’s next move.

The vice president, who is at the forefront in Trump’s administration fight against the coronavirus, defended Trump’s decision. He said that there was no confusion about the decision. When appearing on CNN, Pence said that all American citizens who are flying from Europe to seek safe shelter back home in the U.S will be screened and then advised to self-quarantine.

There is still confusion and debate on whether travel bans can help to reduce the spread of this deadly virus and ultimately protect American citizens from the outbreak. According to health experts, the president’s travel advisory is ‘’incoherent’’ and wouldn’t have any impact in preventing the virus from spreading into the United States. The travel ban goes against the set recommendations made by the World Health Organization.

Trump’s travel ban has been met with criticism from democrats on his high headed approach against the coronavirus, especially the governments’ unwillingness to provide testing kits to health professionals all around the country. Without enough testing kits, many believe that the U.S may not be able to monitor the virus and ultimately prevent it from spreading,

Before Trump made the announcement, the U.S government has issued a travel ban to all visitors entering the U.S if they had recently been in Iran or China within the past 14 days. However, the policy that took immediate effect in February, exempts U.S. citizens and anyone living in the United States.

More than 100 countries have now imposed some form of travel ban to curb the spread of the disease. These limits are mainly aimed at minimizing non-essential travel to hot zones like Italy and China. While some countries have made travel restrictions to block passengers from specific countries, the U.S has virtually prohibited visitors from all of Europe.

According to the Royal Dutch Airlines official webpage, the United States president has implemented a travel ban against most European countries. And due to the uncertainty of the policy, the overall impact of this decision is unclear and is under investigation. The Airline advises its passengers to ensure they have updated their contact information so that they can be notified of any changes in real-time.

WHO has now declared the coronavirus a global pandemic with over 100,000 reported cases worldwide and over 3,000 deaths. The virus has spread on all continents but there are no recorded cases in Antarctica. As mentioned earlier on, the U.S. government has proposed certain relief measures to mitigate the impact of the virus on the economy.

Weeks since the emergence of the coronavirus, Nasdaq stock market has recorded all-time lows, as the epidemic has affected supply chains globally, leading to people cancelling essential travel plans and instead opting to work from home. This has also led to cancellation of public events and major work conferences to prevent the spread of the virus. These unexpected disruptions have slowed down economic activity, sending the stock market into a frenzy.

Prolonged economic dislocation became more apparent as more work-related events have now been cancelled as a result of the virus, amid hopes from the American citizens that the government would deliver on its promises to provide economic relief measures to all who have been affected by this pandemic.

Nonetheless, public life for most American citizens has almost become non-existent. Broadway was closed, and major museums and theme parks have made remarks that they would close indefinitely. All major soccer events have been suspended until further notice. The NBA has suspended games for one month to see how the situation progresses.

Does the travel ban affect you?

Although the travel ban has a negative impact on tourism and travel, it can actually help to prevent the virus from spreading. Global infection cases now exceed more than 120,000 and over 4,600 deaths reported worldwide. Based on an assessment made by the World Health Organization, the virus is now considered a pandemic.

Tourism, hospitality and travel are now feeling the drastic impact of the coronavirus outbreak. Most events and conferences have been cancelled, and people no longer desire to travel to their favorite destination areas for recreation.

Based on index tracking that monitors leisure and travel shares across Europe, most countries have taken more than 10% in losses, and the losses amounted to around 35% by the end of 2019 due to the outbreak.

Note: facts and figures are accurate at time of writing. We will update this article in real-time as facts change.

Hey everyone I'm Mark. I'm obsessed with finding programs and loopholes for getting people the financial help they deserve. There are billions of dollars available to help people just like you. See if you're eligible today! 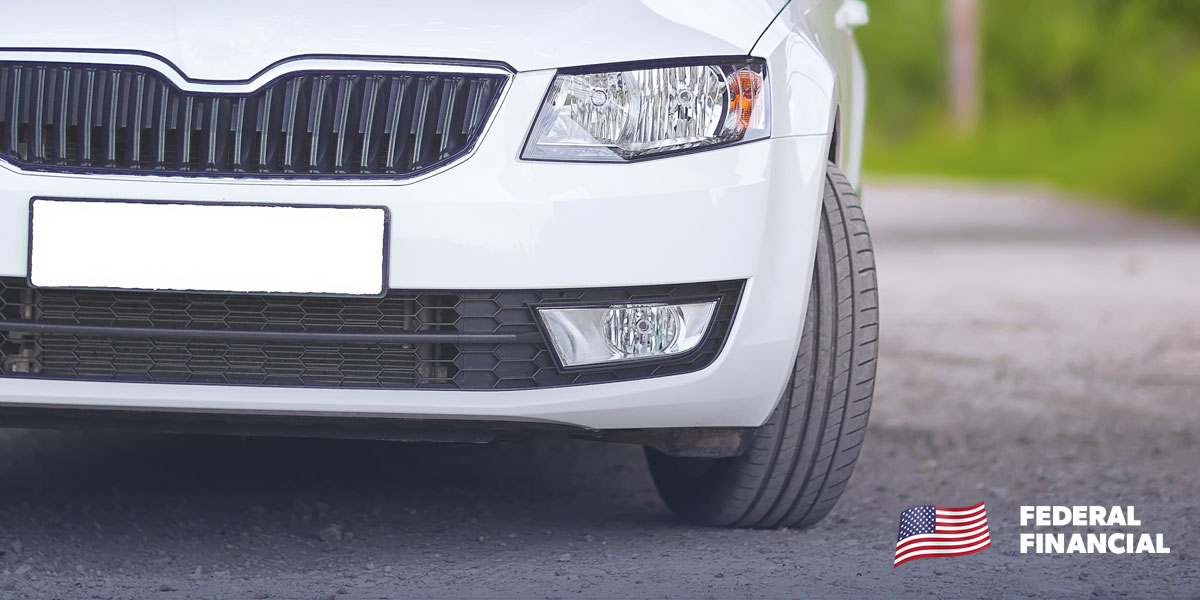 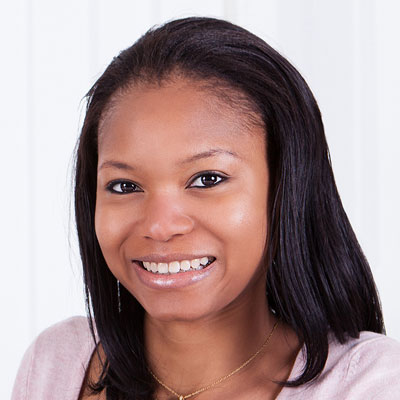 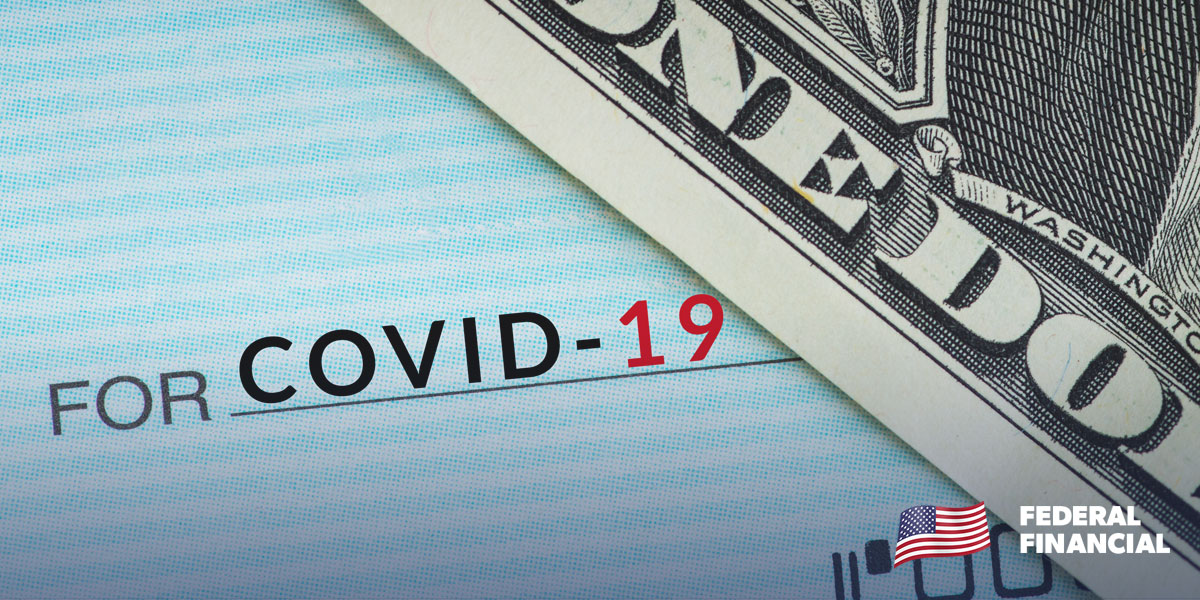 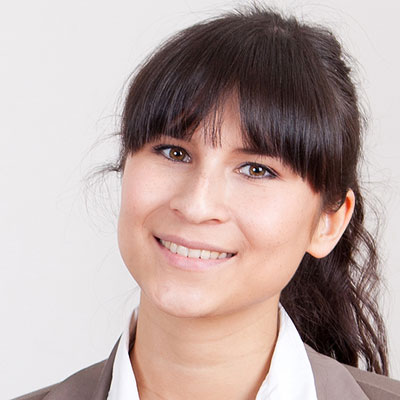 Free coronavirus money that everyone needs to get ASAP 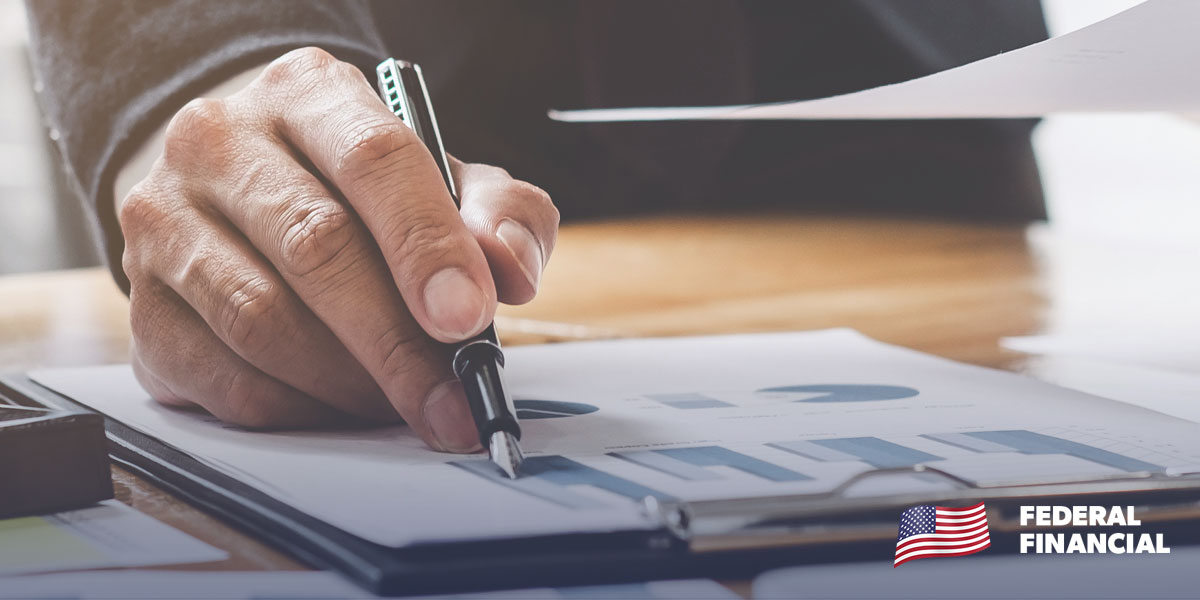 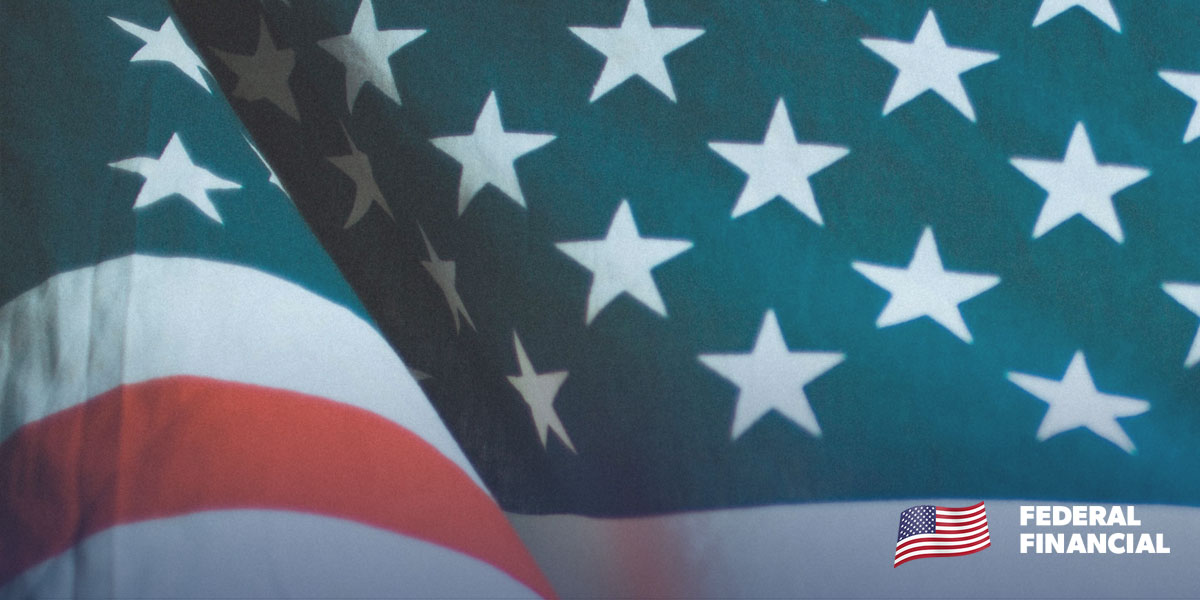 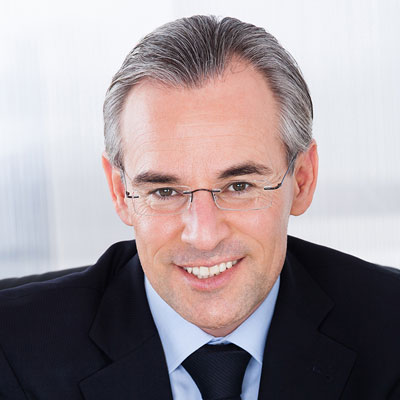 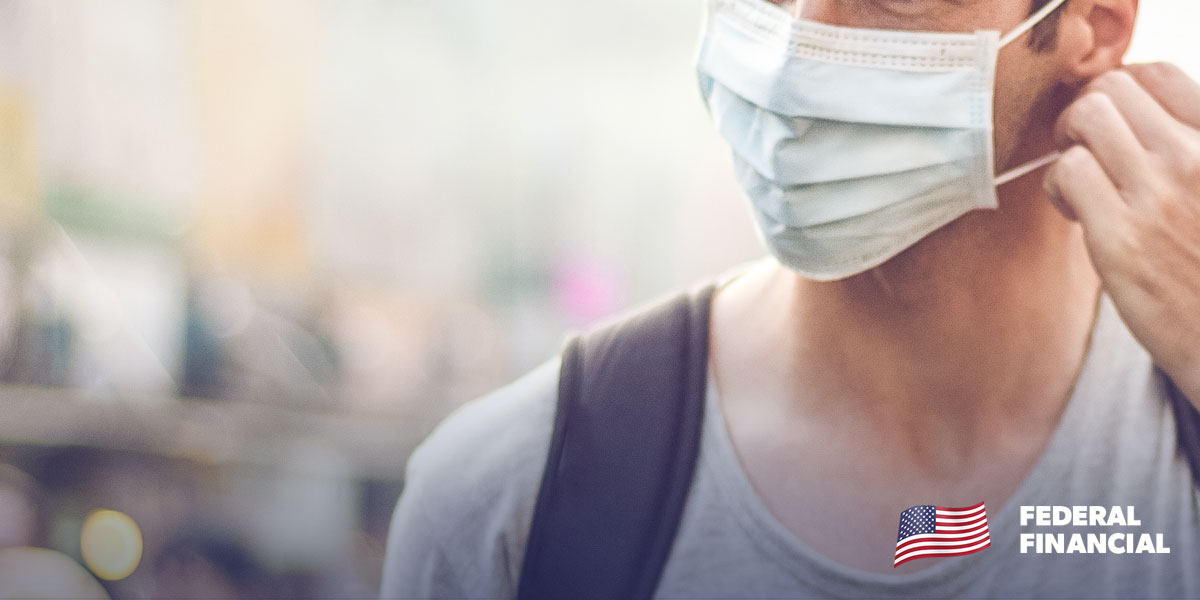 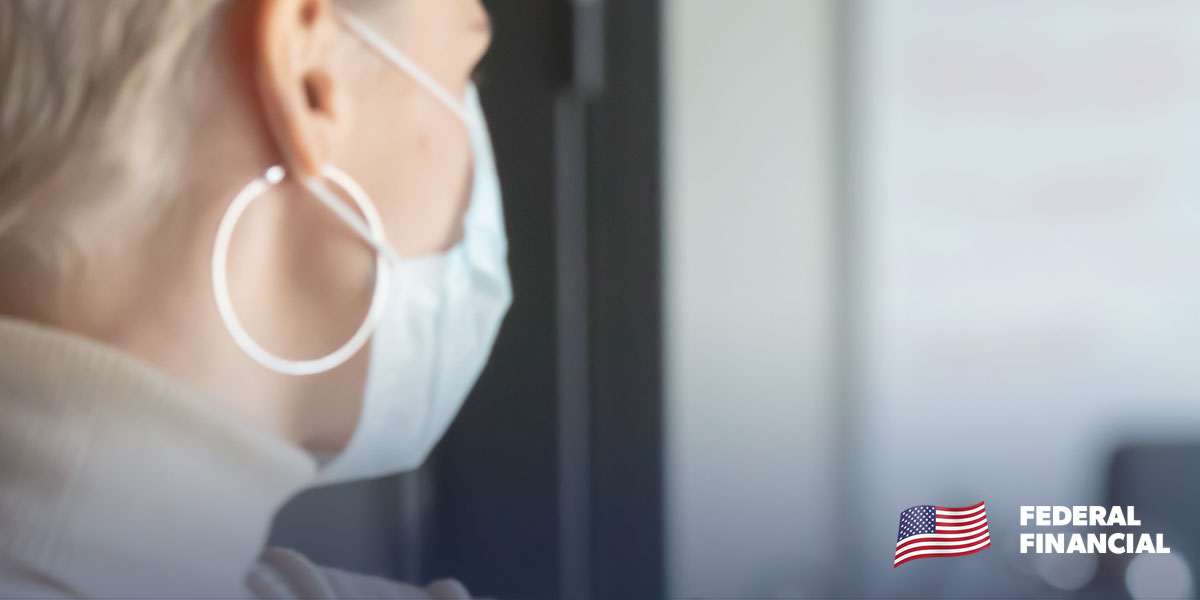 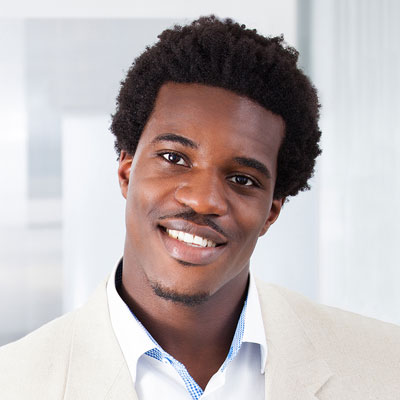 Don’t buy a single COVID mask until you read this 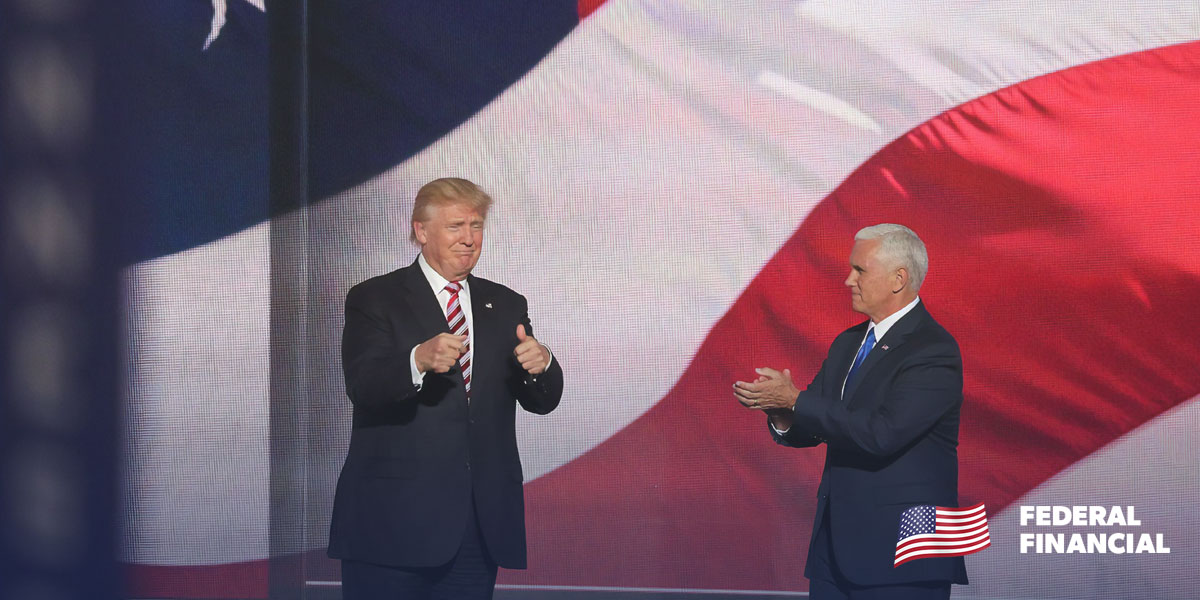 Did Trump kill Section 8? Here’s how to prepare for the worst. 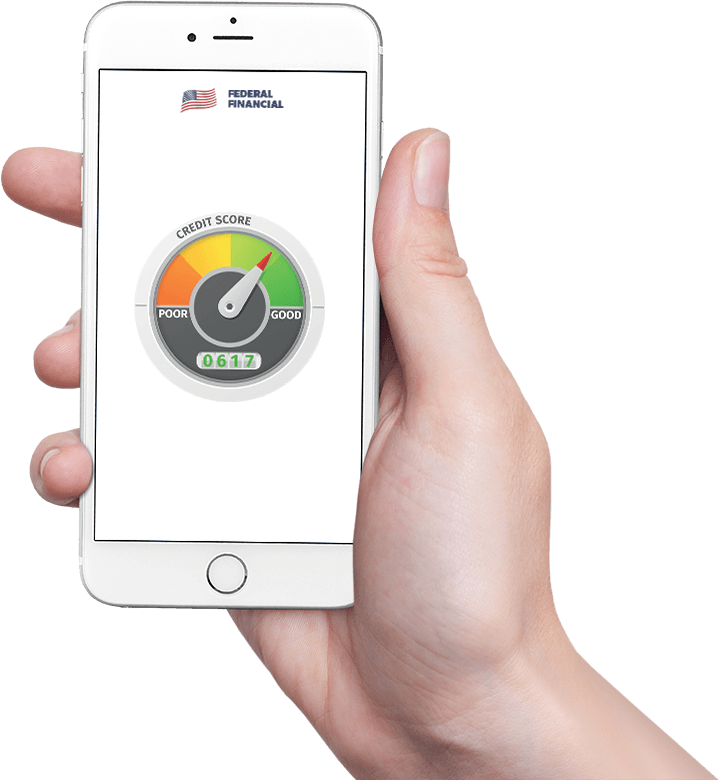